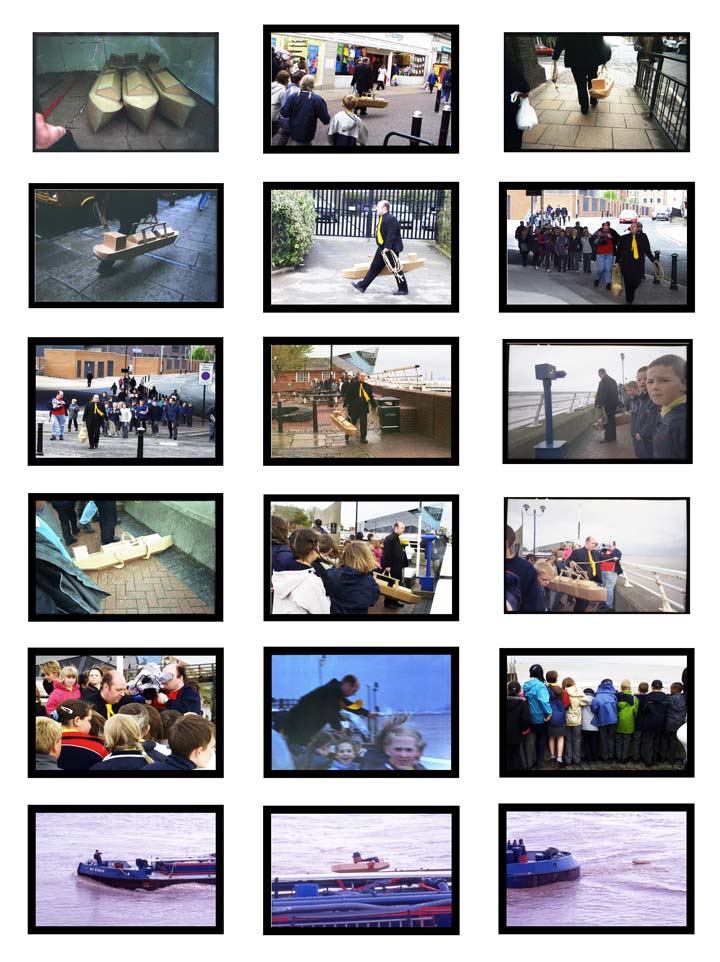 ‘river river – Dry Dock’ took place from 15 March to 29 June 2002 as an installation/performance involving a fleet of 6 cardboard boats, which were displayed for two months in a glass cubed shop window space within Hull city centre. From this base, Benedict proceeded over the next six weeks to launch one of the six boats onto the River Hull or Humber. The audience or ‘stalkers’ were given tickets to attend and asked to keep a good distance from Benedict as he delivered his 5ft cardboard cargo to the waterways of Hull.

‘river river’ was developed in response to the specific character and history of Hull. A city that has found itself – like many cities – cut off from it’s waterways by industrial buildings (on the river Hull) and roads (on the river Humber). The intention of this performance was to reconnect the city centre with the waterways that once ran through it.

On the fourth outing of the six, followed by 40 kids and 16 adults, Benedict made his way to the Humber where he lowered a boat “the princess” into the water. As the group watched, the Rix Eagle (a 70 foot barge) appeared. It was exhilarating to see this huge boat as it passed close to the 5 foot model and speed it forward with its wake. It was at this point that people realized an “eagle” was chasing the “princess” down the Humber. Pursuing her until the crew could manoeuvre along side and pick her up. It was unplanned and unexpected, but nonetheless perfectly timed. The barge then turned around and came past us 3 or 4 minutes later with the 5 ft cardboard boat on board. All the kids shouting “put it back in the water” over and over again. A man on the barge was pretending not to hear the shouting, but kept himself in front of us by walking to the back of the boat as it moved forwards past the crowd. The man now at the stern of the eagle collected and then hurled “the Princes” into the water; to be swept down river away from us, towards the Humber bridge and the sea. 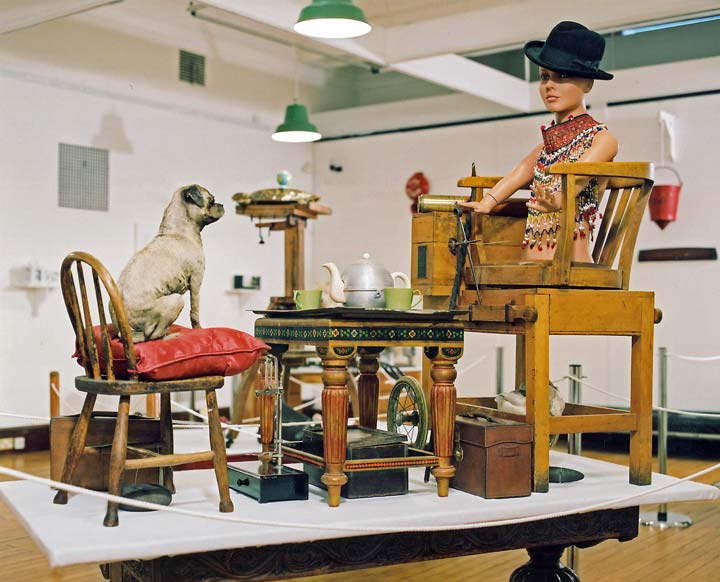 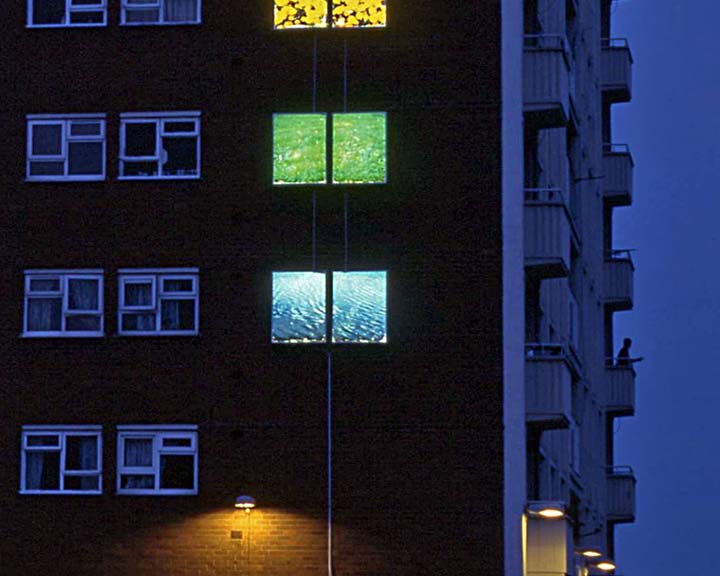