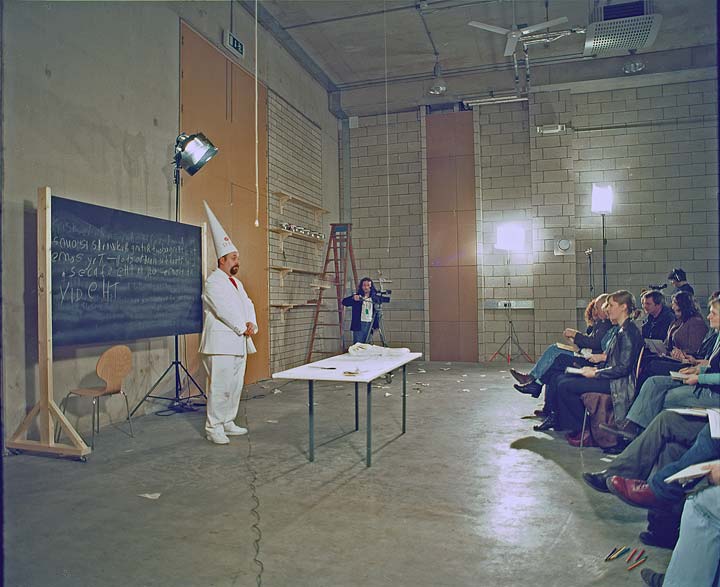 As part of a residency at Yorkshire Arts Space 2005, supported by Creative Partnerships, Benedict Phillips created the ‘White DIV’ and the performance ‘The Invisible Apartheid of Words’ and also began to develop the ‘Invisible Conversations’ project. This was all captured in a film that accompanies a book detailing the residency and associated educational projects. The ‘DIV’ film visits key moments during a series of public events and conversations, recording investigations into the public’s concept of difference. This includes the performance ‘The Invisible Apartheid of Words’ where sixty people sat a forty five minute exam in being dyslexic, or becoming dyslexic, presided over by the ‘White DIV’ and culminating in the award ceremony where the participants discovered, with great joy, that they were all dyslexic! The film also captures the beginnings of ‘Invisible’ Conversations, a photographic portraiture project that was developed further in the US. The film includes conversations with the artists, commissioners, and participants.

Link to the film ‘The DIV’ 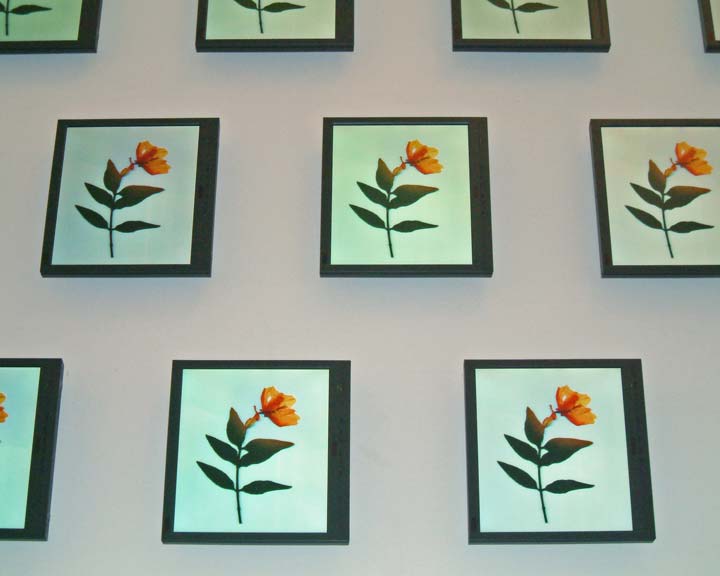