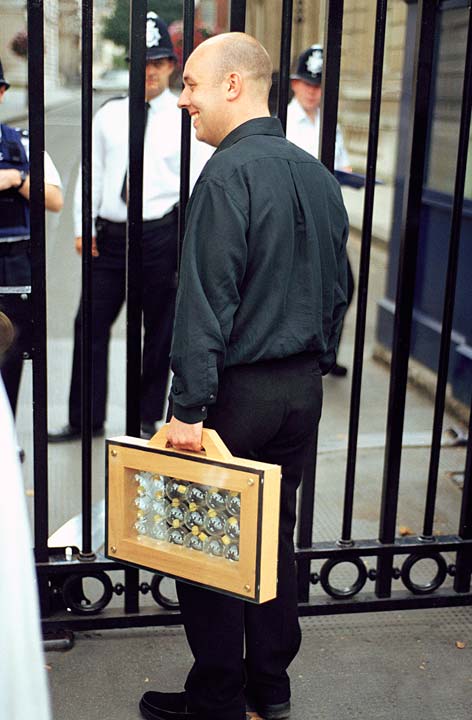 “11:50 am Friday 27 August 1999. And I am standing on the north bank of the Thames with the House of Commons for my backdrop. I am feeling nervous, (not one of my common emotions) and all this emphasised by the 18 lb of glass sided suitcase in my hand. As I cross the road to stand on my first traffic island of the day, I ask myself quite simply “What am I doing here?” As perhaps you are too?”

In August 1939, Benedict Phillips’ grandfather Laurence A Hislam delivered a suitcase of fake bombs to Downing Street. This resulted in him being pursued and then assaulted by members of the public. Once rescued from the mob, he was arrested. It was only after this point that it became understood that the bombs were not real, but part of a peace protest. This direct action led to Laurence’s first imprisonment, totalling four weeks hard labour and a 7 shillings and 6 pence fine. By the time he was released the Second World War had begun.

Sixty years after this action in 1999, Phillips’ produced an artistic re-enactment entitled ‘Laurence meet Laurence’, wherein he delivered a glass sided suitcase to no. 10 Downing Street, this time filled with the breath of prayers held in glass vessels. “Just because you cannot see a prayer does not mean it is not there”. Laurence Hislam was a founding member of the Committee of 100 (the radical arm of CND). He believed in brotherly love, sustainability and organic food before there were even terms for these things! He campaigned on many issues that today would seem understandable in hindsight, but seemed bizarre and radical in his time. 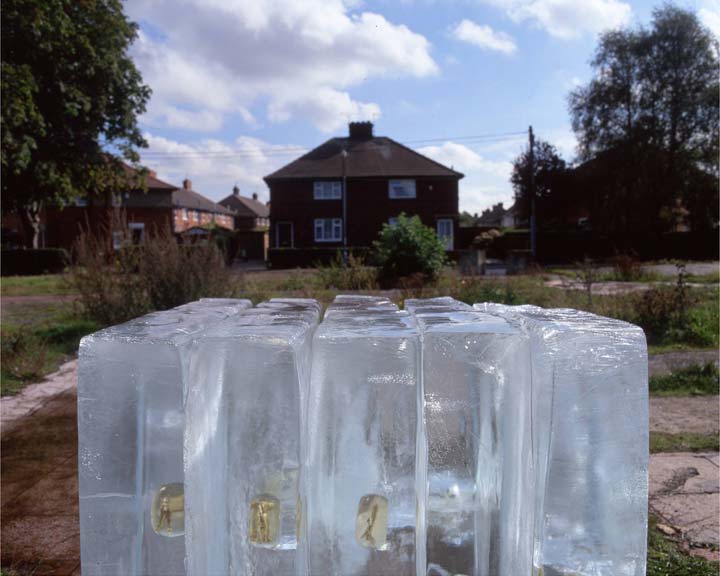