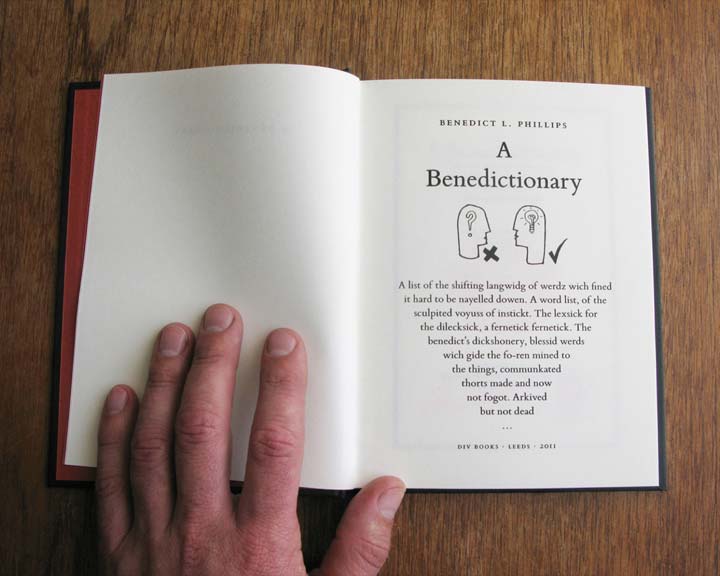 ‘A Benedictionary’ is the world’s only ‘lexic’ to dyslexic translation dictionary, supporting the proposal that ‘everyone can be dislecksick, you just have to try harder’…

The original ‘Benedictionary’ was created as part of an R&D grant for the Year of the Artist project, ‘The Myth of Dyslexia’. This then developed into an online translation dictionary (2001 – 2011) translating Standard English into ‘Dislecksick’, and working with an archive of over 1,000 words. To receive your translation you simply cut and paste in your words or a small piece of text into the online translator window and press the ‘Benedictionise’ button.

‘A Benedictionary’ was published in 2011 as a hardback publication based on the online version. The publication contains a total of 2,544 words, one more word than the world’s first recognised English language dictionary. It was introduced for the first time in this revised print edition at the V&A in conjunction with Benedict’s talk ‘3D Thinkers in a 2D World’ and followed by a book launch at Arts Catalyst space in London during July of 2011.

‘A Benedictionary’ is presented as a signed, hardback edition limited to 100 copies. Included within is the ‘Eggzam – lecksick to dislecksick’, and a ‘disleckick crossword’ developed as part of the ‘My Misspelt Youth’ Residency in 2005.

It also contains twelve original illustrations, an introduction to the history of the ‘DIV (Dislecksick Intellegent Visjon)’ projects, a list of useful ‘DIV’ terms and access to over two and a half thousand dyslexic spellings.

It is currently available to purchase from PO Publications and the BookArtBookshop. 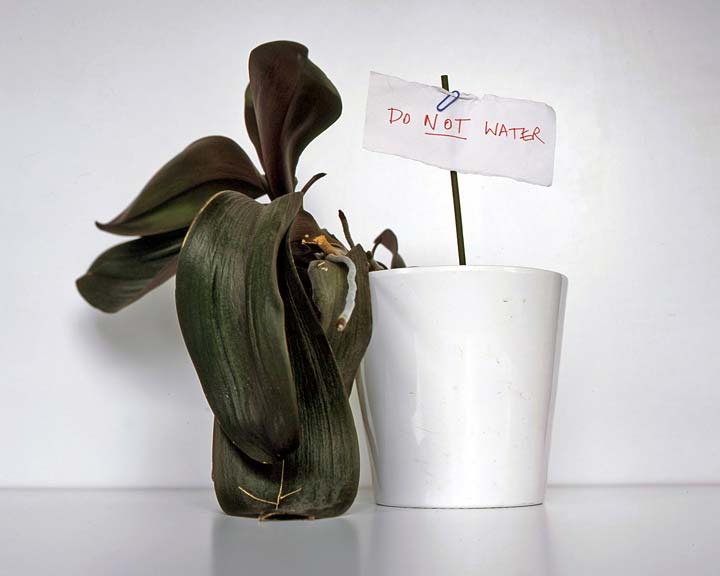 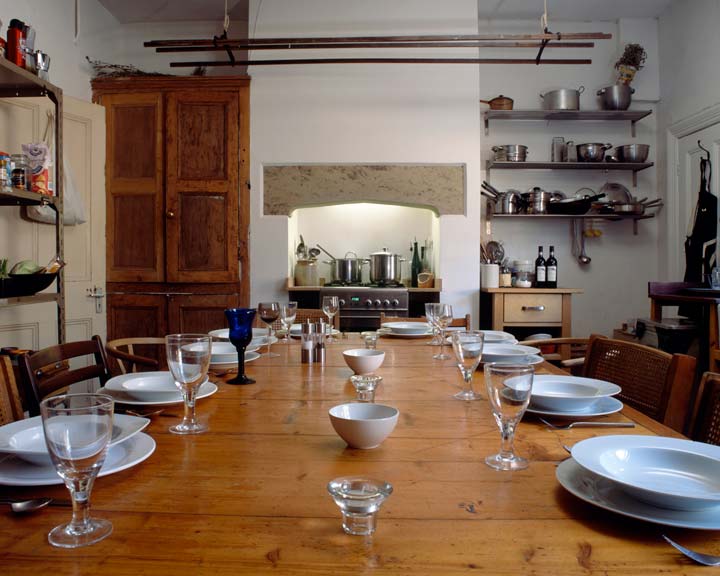